Athula KuruppuAchchige is an Irish Citizen Holder who Migrated to Ireland From Sri Lanka in 2005 to join Hayfield manor hotel in Cork. Since he came to Ireland he lived in cork and he brought his family in 2007. Now they’ve settled in cork for good.

In 1971, early August, Athula Sampath Thushara KuruppuArachchi was born in Sri Lanka and belonged to a farming family. Athula was raised with his two brothers and two sisters in Hanwella which is a very small village in the western province of Sri Lanka. As a low-earning family member, he grew up with his grandparent for nearly all of his childhood.

He started his education in “Mayadunna Maha Vidyalaya” primary school in his home village and then went on to go to Hanwella Rajasinghe Central College for his secondary level. 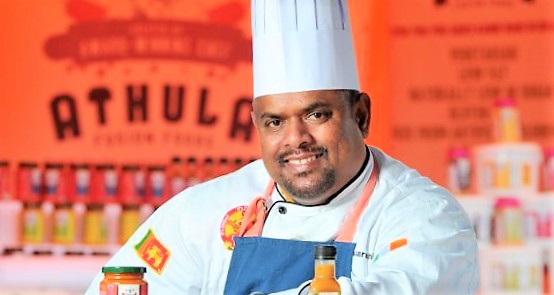 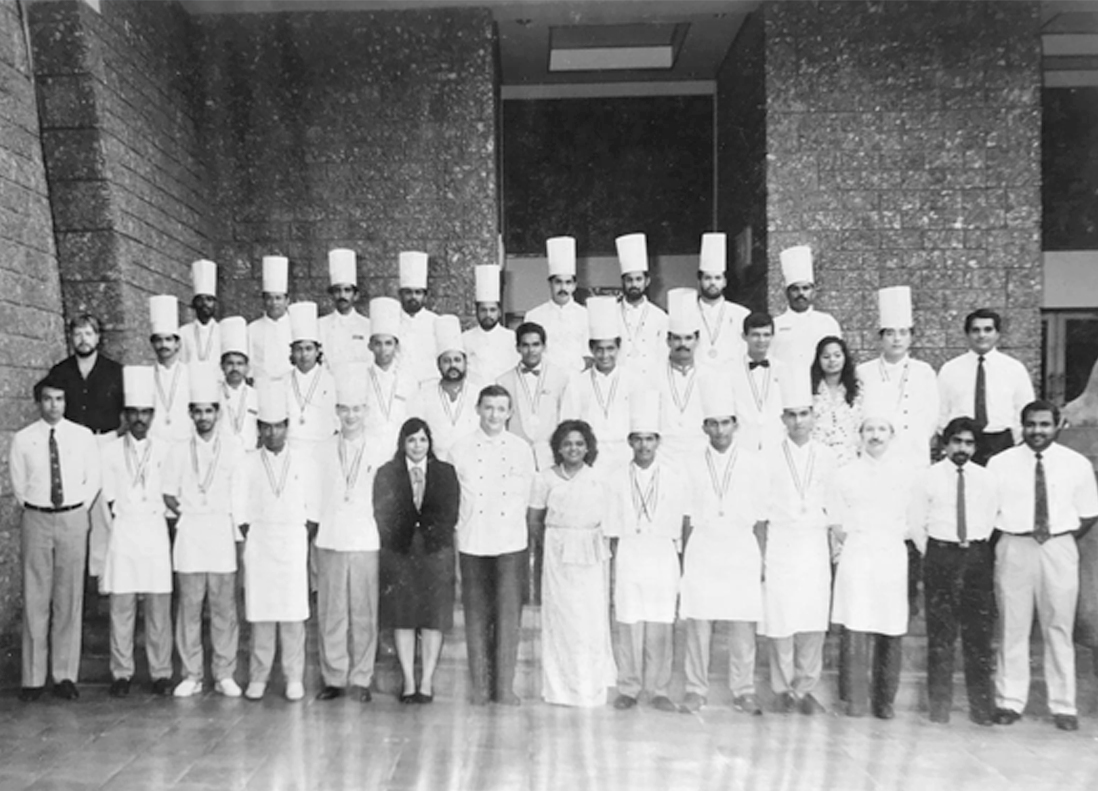 After a secondary level of education. It was everyone’s dream in Sri Lanka, to go to university. but Athula had a different idea on his mind. His dream was to be a chef in five-star hotels. To fulfill his dream he joined a hotel school and followed an international cookery course. He applied for a national apprenticeship which ran for 3 years, full-time learning international cuisine and after three years he graduated as a fully qualified chef. In that course, he had the opportunity to work full time at Ramada Renaissance, Colombo, One of the best five-star hotels in Sri Lanka. Nowadays it goes by Cinnamon Lakeside Hotel.


When he finished his full-time apprenticeship of three years, he was good enough to be the runner-up for the best apprentice chef on the entire island with one gold and one silver medal for international foods in 1992. In the middle of 1993, Athula went for his first abroad job with gulf airline catering in Bahrain. until 1998 he had worked in a number of middle-eastern countries as a chef.

In the meantime he hasn’t given up improving his culinary skills, he participated in one of the world’s largest international food competitions in the middle-eastern food culinary “MEEFX94” and won the bronze medal in Gastronomic Group. 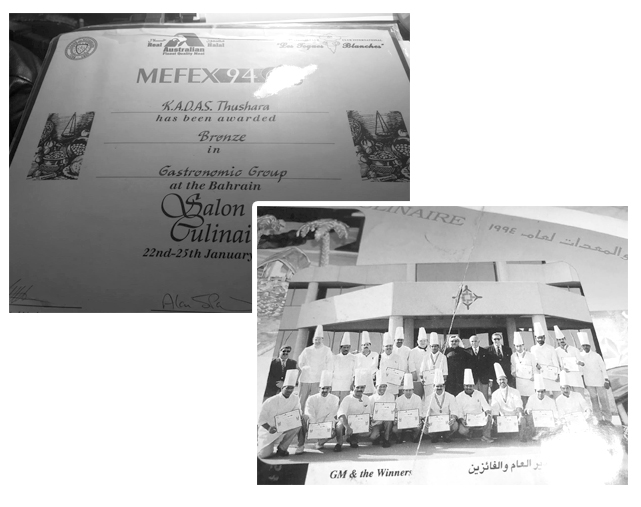 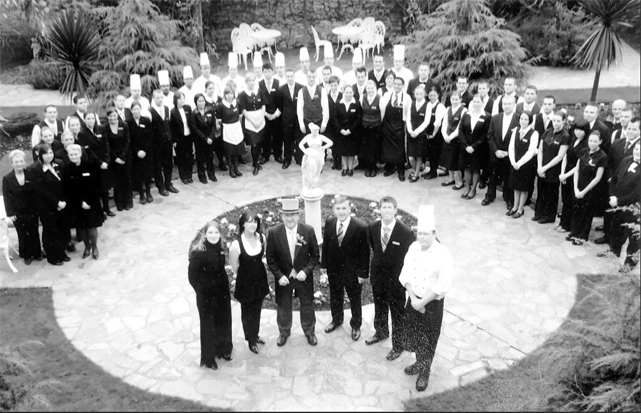 During that time, Amila Nishali came into Athula’s life. They knew each other since their school days in the same school. When they got married. Athula started his own catering business in Sri Lanka. It went very well and as the year go by, it started to grow. Athula Catering service, Athula Function Goods Supplier service, Athula Restaurant, etc...

When his twin boys were born Athula decided to go back to being a chef aboard. This time he went to the far east in China. He joined a Chinese Italian catering company “Ligabue Group” then move to Iraq to work with an American Army base as the head chef in one of the camp, after his service finishes in Iraq, Athula once again joined the Ligabue Group and continued to work in China until he came to Ireland.

Athula joined Hayfield Manor Hotel in cork as the “chef de partie”. Step by step Athula became the head chef. Athula worked his longest period of time in Hayfield, he also brought many eastern cuisines to the European table and learned many Irish European dishes. Athula’s used his natural-born talent and culinary skills to create many fusions of the different cuisines in his Bristo restaurant in Hayfield.

When he left Hayfield, he started his own restaurant called “Rooster PiL PiL” " where he used all his worldwide experience to create his signature dishes with fresh spices and ingredients and to also create healthy foods. The compliments from his customer’s inspired him to take the next step. To produce his own range of fusion sauces for the Irish market.

Athula started his own sauce brand and sold them in a local farmers market in 2016, that same year, the Local Enterprises Office in south cork picked him for their joint program with SuperValu Ireland called “The Food Academy” program. 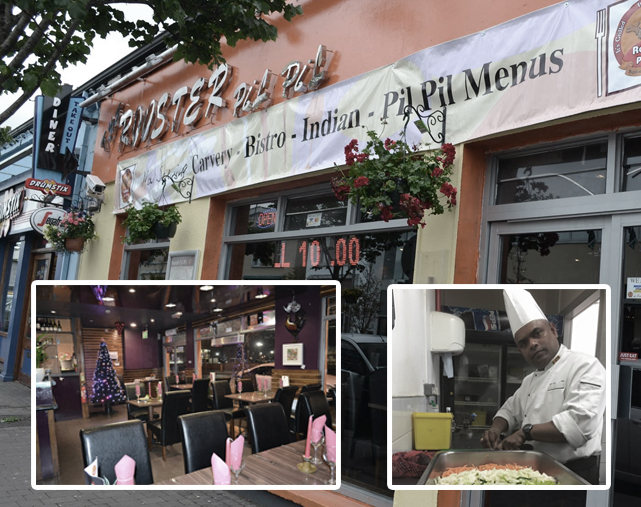 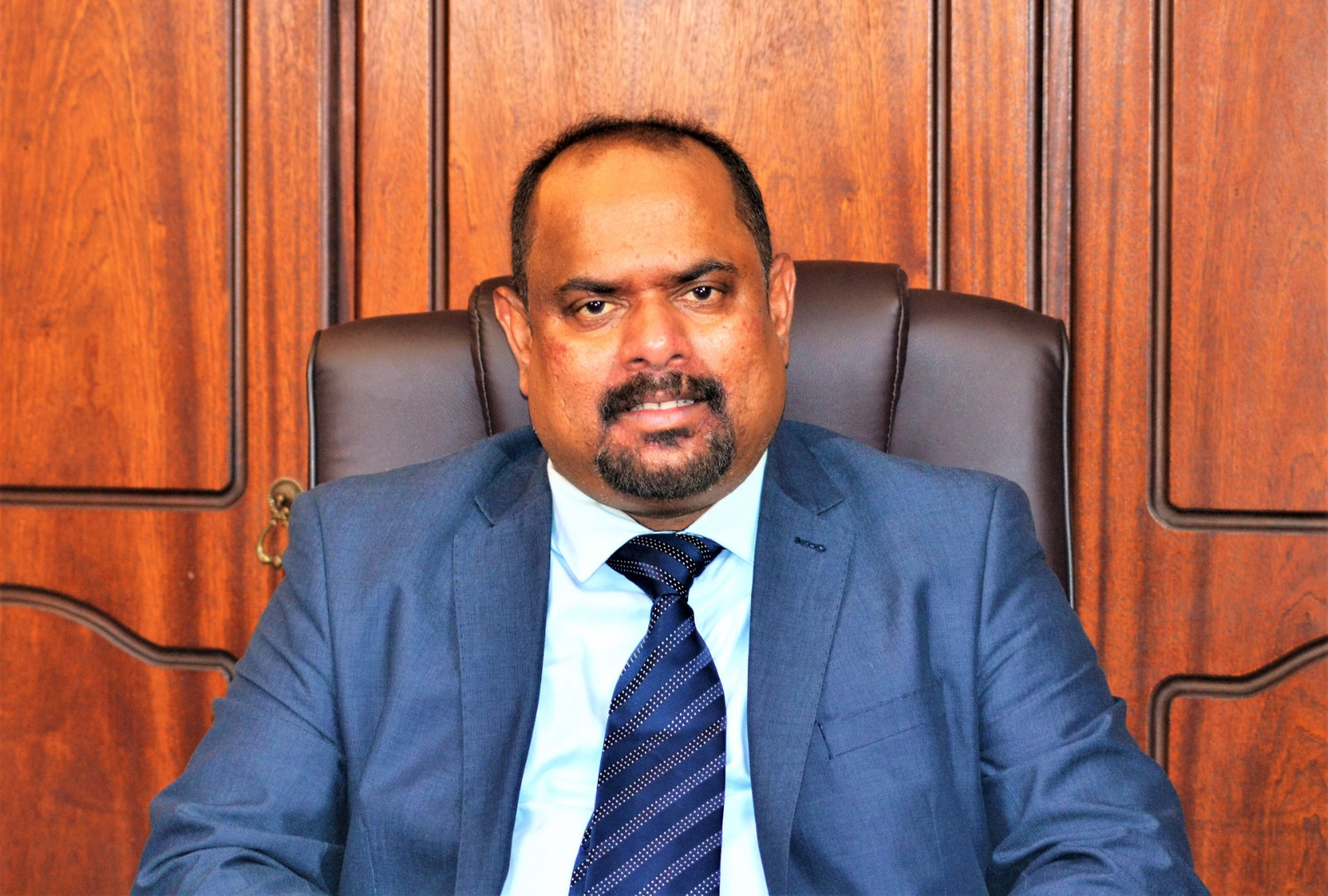 Now Athula has his own production Factory in Carrigaline, Co Cork. which can produce over 3000 units per day. His company has numerous products which include, Athula’s Peri-Peri sauce range, Peri-Peri powder range, Athula’s curry sauces range, Athula Pasta sauce range and many more fusion foods in the future….

Athula has also signed with one of the world’s best tea producing and exporting companies, The “Chelcy Tea” company in Sri Lanka to import their product into the Irish market.